On Love, Loss, and Remembrance 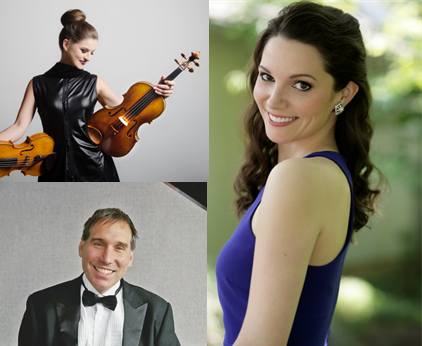 On Love, Loss, and Remembrance

Programme Now Available Online. Tickets dated January 16 will be honoured. The performance will also be live streamed, with the recording available to view on-demand online until April 26.

A singer deemed “a treasure” by the Toronto Star, soprano Mireille Asselin enjoys a diverse, international career spanning concert, opera and recital work. To date, Mireille has sung five seasons at the Metropolitan Opera, where she debuted as Poussette in Manon. She then made waves by jumping in  as Adele for opening night of Die Fledermaus under the baton of James Levine, giving a performance that critics raved “stole the show”, hailing it as one of New York’s “most enchanting” of the season.

Recently, Mireille has sung with Vancouver Opera (Amore in Orfeo ed Euridice), at the Théâtre des Champs Elysées in Paris and with Garsington Opera in the UK (Zerlina in Don Giovanni) as well as with the Orchestre de chambre de Paris (Mozart’s Requiem). Since the pandemic shuttered stages worldwide, she has also appeared on several filmed releases by Opera Atelier, Soundstreams and Tapestry Opera among others. Mireille is a respected interpreter of early music and performs regularly with leading period ensembles in North America and Europe. She is also a champion of new works and throughout her career has premiered and workshopped lots of exciting new material for voice. She has even delved into the field of opera for Virtual Reality (Re:Opera’s Orpheus Project).

As a recitalist,  Mireille  made  her  Carnegie  Hall  debut  in  2011 and is a core member of the Mirror Visions Ensemble, a vocal collective which tours innovative programmes  across  the  globe. She is a graduate of the Canadian  Opera  Company  Ensemble Studio, Yale University, and the Royal Conservatory of Music,

Internationally acclaimed soprano and new Almonte resident Mireille Asselin, her long-time collaborator, pianist Frédéric Lacroix and special guest Brenna Hardy-Kavanagh at the violin and viola perform a special concert of remembrance and celebration through song. Dedicated to the memory of Michael Macpherson, a beloved community member and ardent supporter of Almonte in Concert, the concert features works by Handel, Massenet, and Cecilia Livingston, as well as new arrangements of classic folk favourites and the world premiere of a work by eminent Canadian composer and conductor Mark Sirett, and has recorded for the Marquis Classics, Centrediscs,  and CORO labels.

Mireille, her husband Chris, and their dog Teddy are new residents of Almonte – and love calling Mississippi Mills home.

Frédéric Lacroix has performed in Canada, the United States, Europe, and Asia as a soloist, chamber musician, and collaborative pianist. He has made regular radio appearances on the CBC and SRC, and on the American NPR. Following the University of Ottawa’s purchase of a fortepiano in  1997, Frédéric has devoted part of his time to the  study  and  performance  of music on period keyboard instruments, for which he was recognized as the Westfield Center Performing Scholar for the 2008-09. He has recently performed Mozart  piano  concertos  on the fortepiano with the  Albany  Symphony  Orchestra,  the  Cape Cod Symphony Orchestra, and the Ottawa Chamber Orchestra.

Intrigued by the seemingly infinite diversity of new music, Frédéric has enjoyed collaborating with composers and performers in the premiere of a number of Canadian and American works. Frédéric is also active as a composer, having composed for the Ottawa Chamber Music Festival, the Society of American Music, the Canadian University Music Society, the Choeur Classique de l’Outaouais and other noted Canadian musicians. His song cycle,  Nova  Scotia  Tartan (2004), is featured on Hail, a disc dedicated to Canadian Art Song.

Much in demand as collaborative artist, teacher, adjudicator and composer, he currently teaches at the University of Ottawa. He is equally busy in the summer, having participated in a number of music festivals, in the Ottawa region, throughout Canada, and in the United States. He holds degrees from the Université de Montréal, the University of Ottawa, and Cornell  University, where he recently completed his Doctorate degree in keyboard performance practice with the influential Malcolm Bilson. His other teachers include Marc Durand, Cynthia Floyd, Andrew Tunis, Jean-Paul Sévilla and Monique Collet-Samyn.

Violinist, violist and entrepreneur, Brenna Hardy-Kavanagh’s passion for chamber music has taken her all over the world, with performances across Canada, the United States, Brazil, Ireland, England, Wales, Germany, Italy, Armenia, Poland, and Romania. Assistant Principal Viola of the  Kitchener-Waterloo  Symphony since 2019, she is also a founding member of Integral Ensemble, along with Japanese-Canadian pianist Dr. Lisa Tahara.  Brenna joined Against the Grain Theatre, an acclaimed Canadian opera collective, as orchestra consultant  and  performer  in  2017.  She was awarded a Dora Mavor Moore Award for her role in the company’s 2019 production of Kopernikus, a chamber opera by Quebec composer Claude Vivier. Brenna has performed with such groups as the Art of Time Ensemble, Soulpepper, Soundstreams, Tapestry Opera, Pocket Concerts, and the Toronto Symphony Orchestra, and is the owner of Ottawa music agency  Cadenza Strings. Brenna plays a 2005 viola by John Newton and a  2002 violin by Guy Harrison.